SPH – Not Just A Simple Sprain 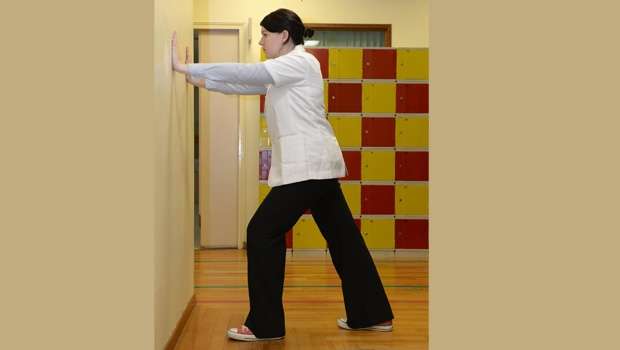 Ankle sprains may be more serious than they appear and involve more than just a torn ligament.

Ankle sprains are among the most common sports injuries and are typically perceived as slight problems that will go away after a while.

A sprain occurs when the foot twists or turns in abnormal positions, which can result in one or more of the ligaments of the ankle being torn or partially torn. A ligament is a band of fibrous tissue that connects bones.

But sprains may be more serious than they appear to be as some people never seem to stage a full recovery. A few may not even be able to resume their active lifestyle or sporting activities.

“Usually in medicine, we think that if you sprain your ankle, it is an isolated injury. You give it some time and you should be all right,” said Dr Tan Ken Jin, a consultant at the division of foot and ankle surgery at the National University Hospital. “But a lot of times, people don’t recover as they should.”

To find out why, he did a study on 50 patients at the hospital who had sprained their ankle. They had an average age of 26 and were recruited from January 2011 to November last year.

A magnetic resonance imaging (MRI) scan done on each of them revealed that only 28 per cent, or about 15 patients, had a lateral ligament injury, which is believed to be the usual type of injury from an ankle sprain. The lateral ligaments of the ankle are located on the outside of the ankle joint.

The rest of the patients had conditions that are not normally associated with ankle sprain, such as swollen bones, inner ligament injury and cartilage injuries. These are likely to be concomitant injuries sustained during the ankle sprain, said Dr Tan.

“We think that patients don’t only have lateral ligament injuries, although the conventional thinking is that it is so,” said Dr Tan.

The study confirmed the suspicion that many people who sprain their ankle end up injuring more than just that lateral ankle ligament, he said.

“Before this, if somebody had an ankle sprain and it seemed like a small problem, we would tell him to just lay off sports. If it got worse, we would recommend physiotherapy,” he said. “But now, we know there may be other associated injuries.”

Early appropriate treatment, he said, may prevent unnecessary pain and a delayed recovery.

While prescribing a magnetic resonance imaging (MRI) scan to patients with ankle sprain is not a standard practice and can cost a few hundred dollars, the scan can point to the deeper issues that are affecting a patient’s recovery, Dr Tan said.

Those with a bad sprain, sporty lifestyle or a demanding job that would not allow them the downtime of physiotherapy, for instance, may want to consider having an MRI scan to get to the root of the problem, he said.

The key is not to ignore a sprained ankle, experts said.

Such twisting is not recommended, he said.

Some TCM practitioners put medication on the injured ankle and strap it up tightly. This will work as the strapping works to hold the ankle firm and allow the ankle ligaments to heal, he said.

What one can do after an ankle injury is to treat it with the Rice (rest, ice, compression, elevation) method.

Though the Rice method helps most sprains,

Dr Tan said one should seek medical attention if:

“When an individual sprains his ankle, he will probably rest, ice it and resume playing sport in two to three days,” said Mr Reyneker. “However, that is not enough time for the ankle to heal properly, though the individual will continue as normal, unaware of the perilous changes occurring in the ankle.”

He may later feel that his ankle is weak and unstable and may get minor sprains a couple of times during the day, he said.

This is then classified as a chronic ankle and its hallmark feature is that the ankle feels like it never really recovered from the first sprain, he added.

It is thus important to rest until the ankle injury is healed and to rehabilitate it.

“A simple sprain can recover in a few days to a week or two, while more severe tears can take up to six weeks,” said Dr Tan.

“Certainly, with just a ligament injury that heals without complications, patients should recover in a maximum of three months.”

Mr Reyneker said: “The ankle is a complicated joint but people think it’s a very simple one. It’s the part of your body that disperses the forces exerted by gravity.

“When we sprain our ankle and don’t let it heal properly, we lose the proprioception, which is the ability of your foot to know where it is.”

What one then has to do is to teach those receptors to work again, he said. “Ankle rehabilitation exercises, correct footwear and strapping assist the ankle in recovering its proprioception ability.”

It is also useful to wear a well-fitted ankle guard to manage swelling, prevent stiffness and build up strength and balance, Dr Tan said.

Appropriate footwear, in terms of size, comfort and adequate support for the activity, is important in preventing sprains.

“To prevent ankle injuries, you should go for shoes with a firm heel cup,” advises Mr Reyneker.

“If you do a lot of walking, you need something with a wide sole to give you stablity. If the base is tapered, you won’t get a firm base, so there’s a chance of spraining your ankle.”

Take care when walking on uneven surfaces and engaging in activities such as ball games, in which players are concentrating on an object such as a ball or a frisbee and not on where they are placing their foot.

Lastly, Dr Tan said: “Adequate warm-up of your ankles, tip-toe exercises, range of motion exercises and balance exercises, such as standing on one leg, during warm-up are useful.”

Not Just a Simple Sprain

SPH – Not Just A Simple Sprain